And if you really are into liquid dosing, simple make one for micro nutrients(CMS+B) and another for the macro nutrients and dose mls to achieve whatever ppm's ranges you want.

Very easy as well if you know how to use a dosing calculator.

Dry dosing was suggested since many had trouble understanding dilutions and mls or this or that, chemistry etc.
Adding 1 teaspoon of this, 1/4 teaspoon of that 3x a week sounds a lot less trouble to most.

Telling someone how to test and liquid dose was a bit of a pickle, vs simply telling them to do a 50% weekly water change and add some teaspoon measurements of powders. As folks become a bit more savy, they start to try different things and generally improve.

There are no rules that say you must add precisely 1/4 teaspoon to a 20 gallon tank 3x a week.
Vary things a bit and see for yourself.
Use common sense if you have low light( you obviously do not need as much), lower plant biomass, higher fish loading.
If you have say 2w/gal of T5 light and high fish load and moderate dense planting, maybe only 50% of full EI KNO3 dosing is needed.

EI is a "range" and a wide one that is somewhat arbitrary, you define what ranges you want to have.
So while you can start out with the general ranges, you can end up years later with a modified version finessing your tank over time and seeing what you do not need. You also are much better years later at keeping and gardening aquarium plants.

These days I use ADA aqua soil and about 2/3 rds full EI mostly.
I get plenty of nutrients from the sediment, and I do not have to worry too much if I forget or lose track of the dosing schedule.

Hi Tom,
Yes, it's the flexibility and ease of your scheme that makes it so attractive. A beginner can just start with the standard "recipe" and not worry about testing or even thinking about ppm. Adjustments can be made later as one gains experience but following the "template" will help to keep you out of trouble, right?

I like the Cherniak NutriCalc dosing calculator. Just plug the tank size in and the number of dosing days and viola, teaspoons or grams show up!

plantbrain said:
I think he knows more about it than I do.


The best renditions of EI I've ever read.

High praise indeed. Much respect to both Tom and Clive, we are your humble followers!
T

Where did you get this from, Clive?
Always learning...

Sam,
Here you go. Just save file and install. This is for Windoze only. Linux and Mac people are out of luck unless they run virtual machine, sorry dude.

ceg4048 said:
Sam,
Here you go. Just save file and install. This is for Windoze only. Linux and Mac people are out of luck unless they run virtual machine, sorry dude.

Martin said:
High praise indeed. Much respect to both Tom and Clive, we are your humble followers!
Click to expand...

My goal is to help folks and to deal with my own personal curiosity. I'd much rather have you learn and "feed yourselves" so to speak than to be faith based in your hobby(but thanks for the support). Much like the Socratic method. I often ask specific questions of hobbyists/the general forum crowd that frames the idea around something that makes you think and uses your sense of logic to figure it out and come to your own conclusion.

When folks gain enough thinking skills in the hobby, then no longer need to ask me or anyone.
Teach a person to hunt, you'll never need to give them meat again(or tofu or chocolate or beer)

EI itself is not about Science, it's about practical horticulture and common sense.
It does have some roots in science, however, there's no real science about using dilution and other fields certain use adding new replacement solutions to address for uptake, using a partial replacement is nothing new.

You also have to ask yourself "how much risk is involved in using this" or any method.
Common sense here applies heavily.
Not fear mongering and marketing sales pitches.

And you take the next step beyond mere observations alone=> experimental manipulation.
I took that step, I added PO4 at high levels to my tank to test and see.
The risk was I'd get algae.
But I did not even know about that really.
I just knew what I did did not cause algae and that I grew better plants than anyone else in my group.

That is the power in Science, by manipulating the aquarium's treatments, you can start to understand the effects of individual and multiple parameters on fish, shrimp, plants, algae etc. Then you can say something about this risk and beat the snot out of the fear mongering crowd (always a good fun time there) who are too lazy to do the test themselves and too scared. You need not be some educated person either. Common sense and logic are hardly the exclusive domains of those with collage degrees. 8)

Observation alone will only get you so far.
Which is why I suggest folks to experiment and try it for themselves, prove things to themselves.
See if you can understand more that what someone else said.
Then you do not need me to argue for you.
You are extremely capable and often such critical thinking goes into other areas of your life.

The math for the spread sheet should not be too tough there.

I read and re-read what tom posted then and the only conclusion I came to was this... 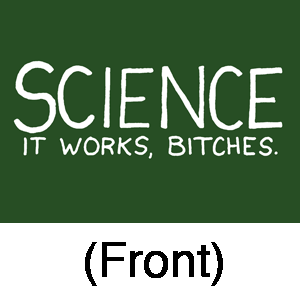 Yes I know it adds nothing intelligent to the conversation, sorry.
Don't believe the hype.
P

Well observational science can still teach you a great deal, but in our cases, aquariums, we can easily manipulate thigns and test hypothesis. That's rather tough on a 200 hectare lake however.

Thus we can learn and know more.
But, many are too scared to do toxicity/algae test on their own tanks, and this is understandable.
However, when folks that have done thuis to learn more, share their information, many of these same folks want to say that I/whoever is wrong when they have not bothered to do the test themselves.

And their justification is merely observational alone.
Somehow they think they can show cause and effect and rule things by the mere power and shear will of their brain.
You can say there is a relationship there, but you cannot say a lot more.

But it does not stop them from trying. Sadly, many are not very honest about the limitations in their logic.
I do not know much, but what I do know about, I know fairly well and can support it.
And that's about all we can hope for.

The water change dilution factors are calculations are based on an infinite series:

See the bottom page for dilution and use no uptake for an assumption of max possible build up:

For 50% weekly water changes, it is 2x the weekly dose as reference.

Aeropars said:
If someone can supply me with the caculations then I might be able to knock up a spreadsheet for it.
Click to expand...

Here is one someone created earlier (I can't remember who\where I got it from so am hosting it on some webspace i have)...

Themuleous said:
I take you are in the UK?

Then get the dry trace mix from AE

Thanks Sam and Clive for the info.

I looked on the garden direct website. Before I buy can I just confirm that KNO3 is Potassium Nitrate, KH2PO4 is Mono/Potassium Phosphate and K2S04 is Potassium Sulphate?

Can't wait to see the effects!!

Yes, this is correct, however you don't need to buy K2SO4. You get enough K from the KNO3 and the KH2PO4.

Why would someone dose K2SO4? I am dosing this as part of the PPS Jobbie but will be moving to either James PPMD or EI very soon. I always seemed to buy it although never knew it wasnt neccessary.

In some dosing schemes or in some applications of EI KNO3 is not used, or is used at a very reduced amount. This can happen when for example the hobbyists tap water is high in nitrates, or if their stocking level is high or in some cases when they are using some other nitrogen source such as urea or commercial nitrogen. KNO3 is almost 50% K so that when you dose enough KNO3 to satisfy your nitrogen concentration requirements you are automatically dosing enough K to satisfy the K requirement. Therefore if you are dosing the EI specified KNO3 levels you do not need to dose K2SO4. Of course, it will not do any harm to dose it in this case but it's just a waste of time and money. If you are not dosing KNO3 or are dosing a reduced amount due to other forms of nitrogen availability then you do need to dose K2SO4 in order to satisfy the K requirement.

Fortunately or unfortunately depending on which way you look at it I had the pleasure of travelling to Bedford from Chester by train and back over the last two days. The reason I mention it because at last it finally gave me time to sit down and read your article (s) on EI dosing and concentrate on what I was reading fully and really get my head round it. And guess what BY JINGO I think I might have got it chaps.

So here's what I have worked out (looking forward to the mathematicians correcting me here) not!

Tank = Trigon 190 ergo 190 litres. 190 divided by 4.5 (litres to the gallon) = 42.222 gallons lets not mess about and call it 42 gallons. Deduct 2 gallons for substrate plants etc etc and call it a round 40 gallons which is exactly double the quantities in your article, and I worked all this out on the train without a calculator....

Double the dose of CSM + B job sorted. Da-raaa!

Now all I have to do is buy the stuff and put the theory to the test. Talking of CSM +B I notice Aqua Essentials do not have any in stock does anyone know of anywhere else that we can get it from. I am itching to get started and can't wait until AE have got it in. (I know I'm an impatient b****r!!)

Thanks for your advice as ever. Will show the results a soon as.

you can use http://www.chempak.co.uk/product4.html they have it, chempack trace. pretty much the same thing. I hope I don't get slated for for suggesting using someone else as oppsed to AE again