it’s expensive but will go on forever. I want to see if I picked the right model. Think I have but won’t know 100% until I plugged it in.

I have an Eheim Experience filter that is going strong at 20 years old (donated it to my mum for her Juwel tank a few years ago). That is better made than my 2 years old and now broken Pro 4.

By the feel of the Super Jet it will see me out!

But I do harbour a suspicion you want to drum on it with your hands and shout out “Jesse Pinkman in the house...” 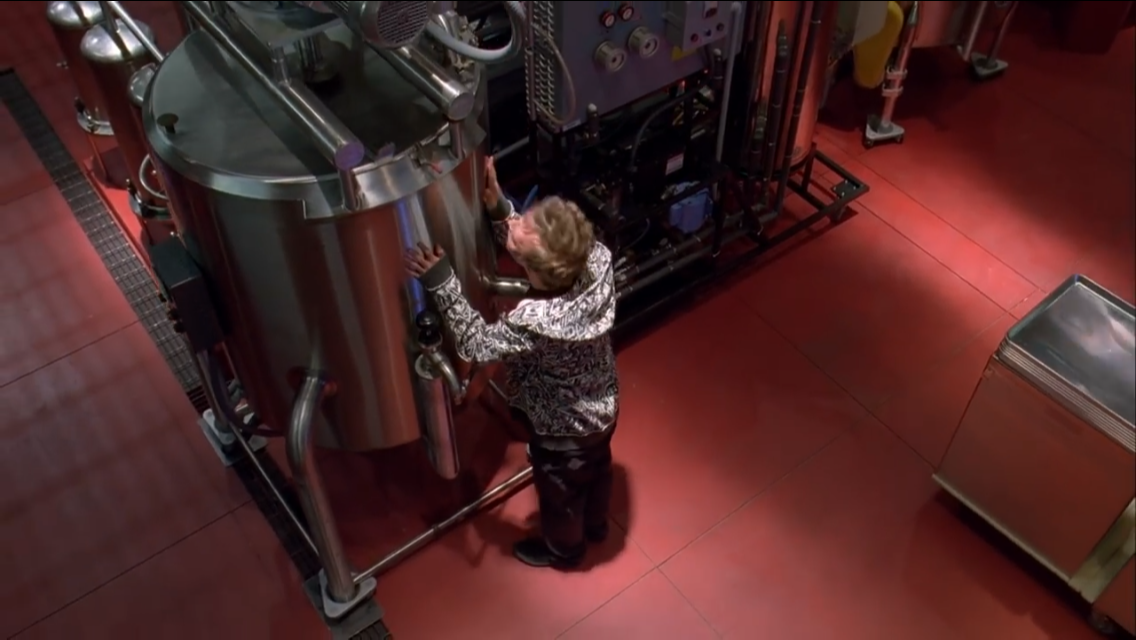 However beautiful the strategy, you should occasionally look at the results.

Jayefc1 said:
As a price comparison how much more expensive is it than say the oase 600

Don't think it's a fair comparison to the Oase 600. One is rated at 360LH, the other at 1200LH. From experience the ES600 is around 360LH without any media and level head but does noticeably drop with media introduced similar to any other canister filter. Would be more apt to compare the Oase to the ES1200 which costs £1200+ in the UK.

Good point. Your experience goes against another earlier on in the thread though so interesting.

I’m really not sure so wanted to try one on my AS 600 before perhaps/maybe investing in another (same or bigger model) for my 900. Want to get it right.....

At the moment donot know so I’ll test for a few weeks and then see
Last edited: 26 Jan 2020

Well due to popular demand (maybe not!), thought I’d update this.

had the super jet filter running for a month now.

- it is built like a tank. The whole unit will probably see me out!

- water has never been so clear, I thought it was clear before, but this takes it a whole new level!

- 600 doesn’t come with full media. Just sponges and an anthracite media that you use at start up of a new tank.

- Had to purchase Eheim double taps and an inline heater.

- Flow is lower than I anticipated, maybe the ADA way but lower than I’m used to for a 100L tank (think you were right @jkh13 !)
Saying that no issues with algae and I’ve never seen plants pearl so much. It is like constant bubbles!

- a tad noisier than say eheim or Oase, not noisy just a constant hum. @Ryan Thang To was spot on with that.


so in short it is an amazing filter, like many ADA products it does just what it says on the tin (excuse the pun!) and does it amazingly. I think for me I just would like like a little more flow.

Should have my 1200 up and running next month. About done with painting inside of stand. Have to install the sliding filter shelf and Led light strips for the inside the stand.

@Siege
In your opinion which would be the one to go for on a 30c please?
Ady.
Re-education Journal.
NAtural Jurassic Journal.
Dragons Crypt Journal.
Sticks and Stones Journal.
Dusting off the old Fluval Studio 900 Journal.
Aquanano 40 CRShrimp tank Journal

I use the 150 on my 30c I have the spin pipe on it may get a stand Lilly pipe for it just to see the difference.

Yes 150 or 300. If you are willing to spend the extra perhaps the 300 and fit a spin glass outlet on it as Ed suggests if you needed to for say a betta fish.

after using my 600. I’d be inclined to go for the bigger of the 2 if doing it again

Ed Wiser said:
I use the 150 on my 30c I have the spin pipe on it may get a stand Lilly pipe for it just to see the difference.

Hi Ed,
how do you find the flow with the es-150 and spin pipe in the 30c please? You mention trying a standard lily pipe, is this due to flow and circulation?
Thanks,
Ady.
Re-education Journal.
NAtural Jurassic Journal.
Dragons Crypt Journal.
Sticks and Stones Journal.
Dusting off the old Fluval Studio 900 Journal.
Aquanano 40 CRShrimp tank Journal

The flow is fine on a 30c I biggest problem has been the plant grow causes hair algae growth at the top water line. I have a ONF nano light coming next Monday. I have the ADA light on the tank presently. I will be able to lower the intensity of the light with the ONF light. I use the ONF on my bowl tank in the kitchen. 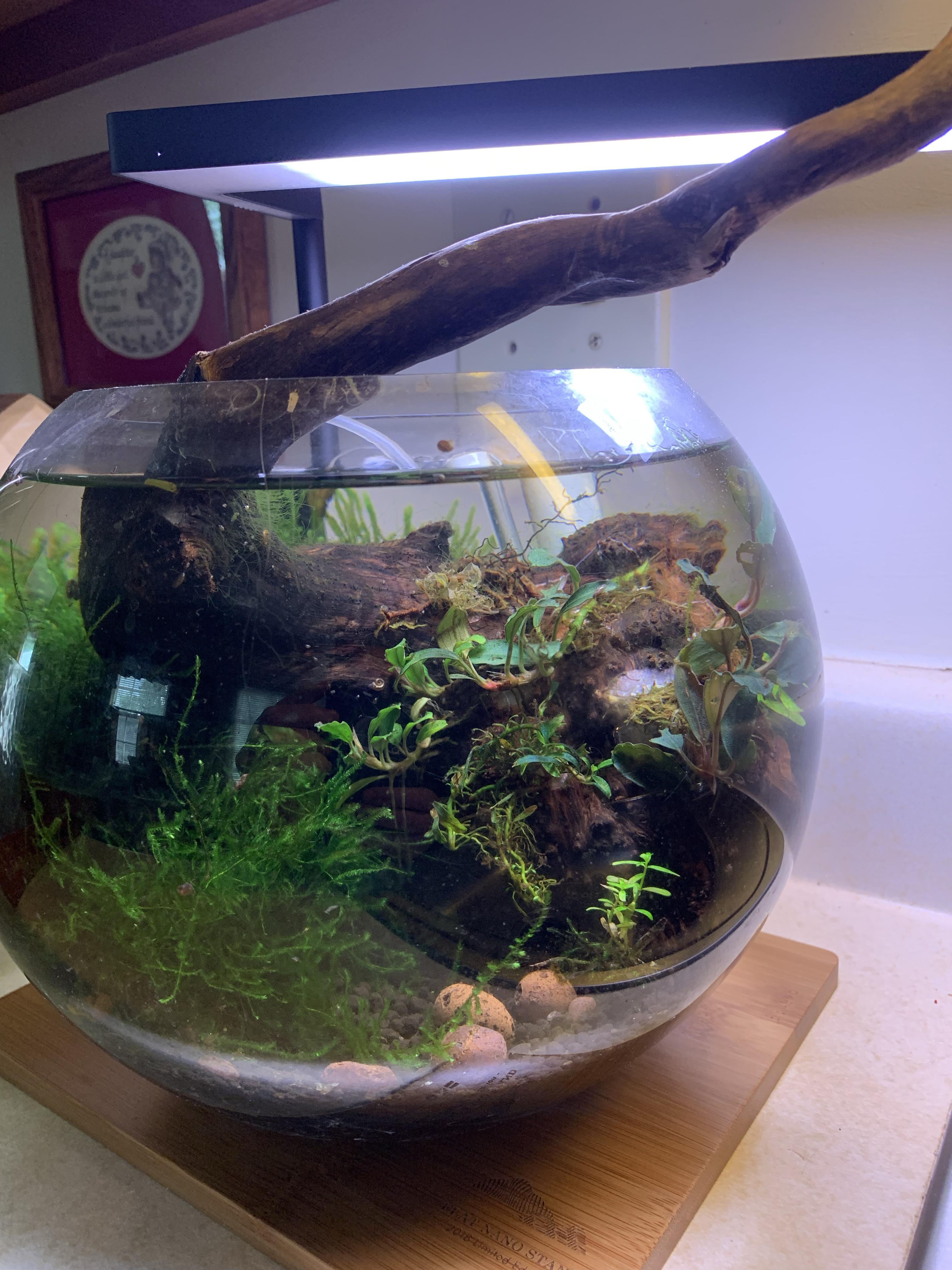 So glad I found this forum! I work for a local Aquascaping shop and get a 40% discount on everything. I'm trying to decide if I should pull the trigger on a ES600 or 1200 for my new 90p. It'll be in my bedroom but inside a cabinet so not too concerned about noise, more just needing proper flow! Any recommendations? I would just go with 1200 but am concerned I might blast my poor fish out of the tank! This is my first tank over 40 litres so I am anxious for it to go well!
J

ADA bases there filters on aquarium size. So it’s easier to pick the mode you need by the size of the aquarium.

Siege said:
Ready to remortgage and take the filter out of the cabinet so you can show it off??
Click to expand...

Ed Wiser said:
ADA bases there filters on aquarium size. So it’s easier to pick the mode you need by the size of the aquarium.
Click to expand...

From experience, it's best not to rely on their guidance on this. They recommend the ES600, a 360LPH filter for the 90P, a 160L+ aquarium, there is no way that is enough flow for the size if you are even moderately planted and have some hardscape in the tank. This is especially true once the filter is filled with media and reduces in flow below 300LPH and especially true if using denser media such as Bio rio which is not great for flow due to its structure. Go with the 1200, you will have far less trouble in the long run.
You must log in or register to reply here.
Similar threads