Hey there guys welcome to my journal,
I figured i'd make one on here since I have one on just about every other forum.
I am currently in the progress of creating a Dutch Aquascape, this of course is a work in progress as I am currently working on dialing down fertilization methods that are on the more custom side. I also am Moving right now so bear with me for a while haha.
Anyway enough chit chat and onto the good stuff


Currently this is far from a Dutch Aquascape, its more like "piles of plants", because currently thats what it is, the tank isnt to old itself and as I said previously I'm still working on the fine tuning of the tank for a longer life span. This includes fertilization, and well... thats about it.
Currently I'm dosing well under the Estimative Index recommendations and this is because the tank is dirted, and this is why I said previously I'm working on finally tweaking the dosing regime (just started dosing a few days ago).

I'm dosing that 3x a week separate days for micros/macros.

Anyway I'm currently away from the tank now moving- so I pray it is doing well anyway I will keep this journal very up-to-date so be prepared for many pics in the long run.

Thanks for reading and I hope you enjoy,
Nate/Dutchmuch

sry did my assumptions incorrectly, what I'm dosing is according to EI not under it haha my apologies I did my math wrong.
When im done moving I plan to do custom dry ferts so I look forward to that gosh if im having trouble with the math NOW imagine what itll be like in a month *puts on chemical suit* lol!

I like it!
Except for the piece of wood on the right, placement is a little odd right before the grout of plants. How old is the tank? It looks pretty mature already.

paul_j said:
I like it!
Except for the piece of wood on the right, placement is a little odd right before the grout of plants. How old is the tank? It looks pretty mature already.
Click to expand...

currently in the hartwell house (new house) and going to the tanks house today, so ill update with pics immediately upon arrival!
hoping everything is alright w/ it. Since my grandfather cared for it whilst I was away.

Ok im back with the tank in Fayetteville- taking it to hartwell sometime this week. So well see how It does in shipment
currently snails have eaten 1/2 the rotala mac.
and ludwigia pantanal has stunted I assume due to me adding it 6 days ago and is sending off new side shoots, well see how this goes. 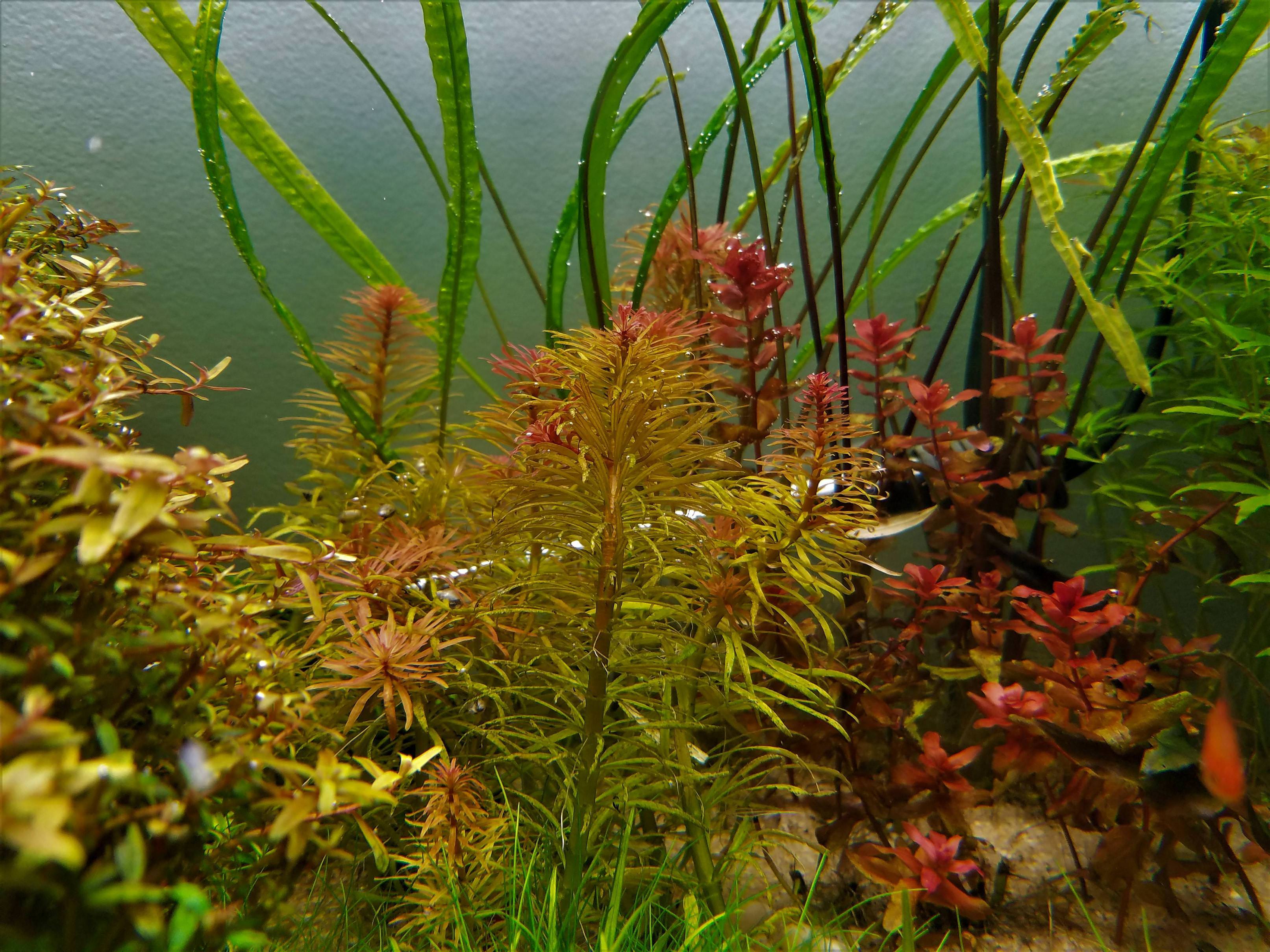 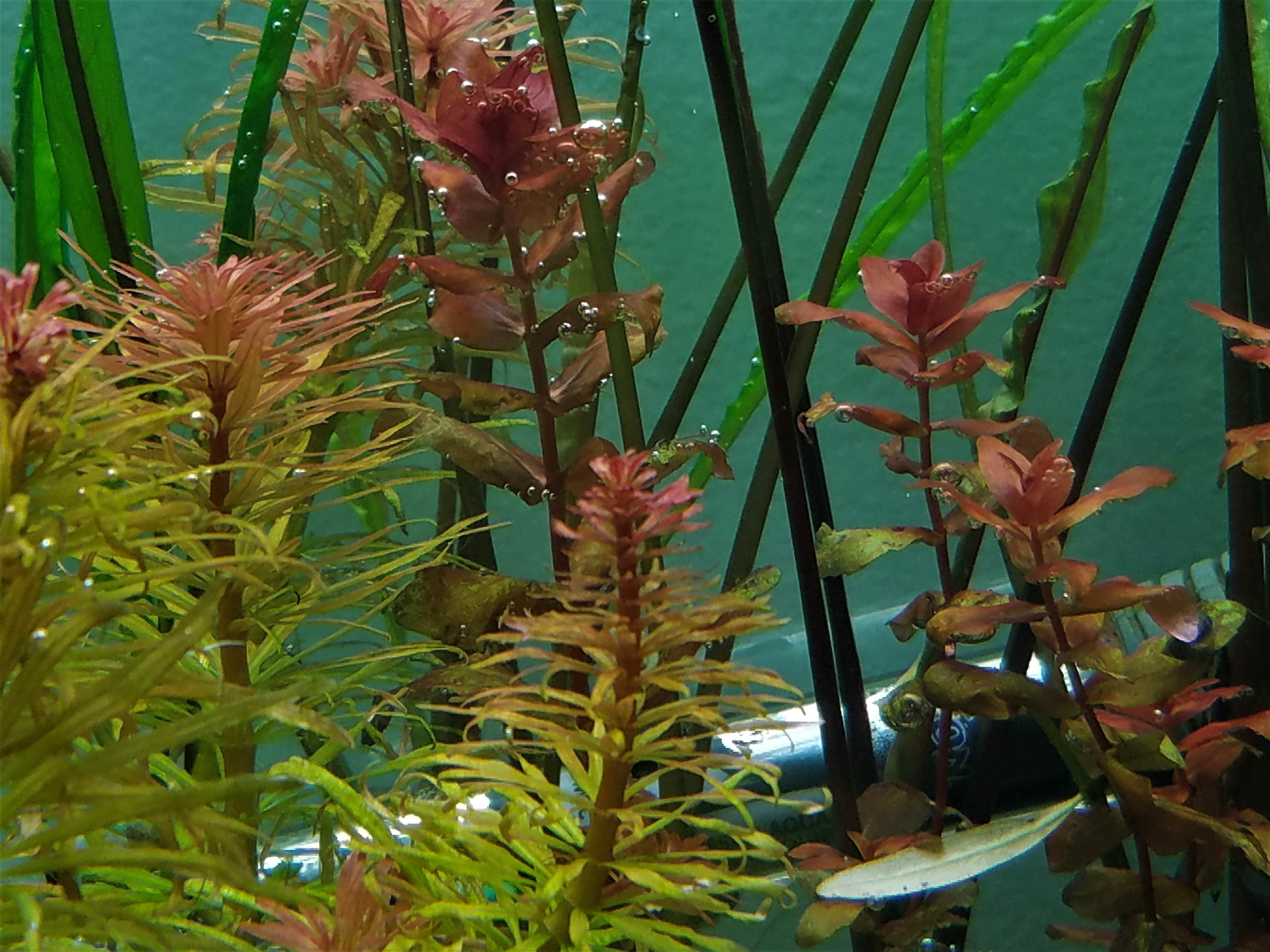 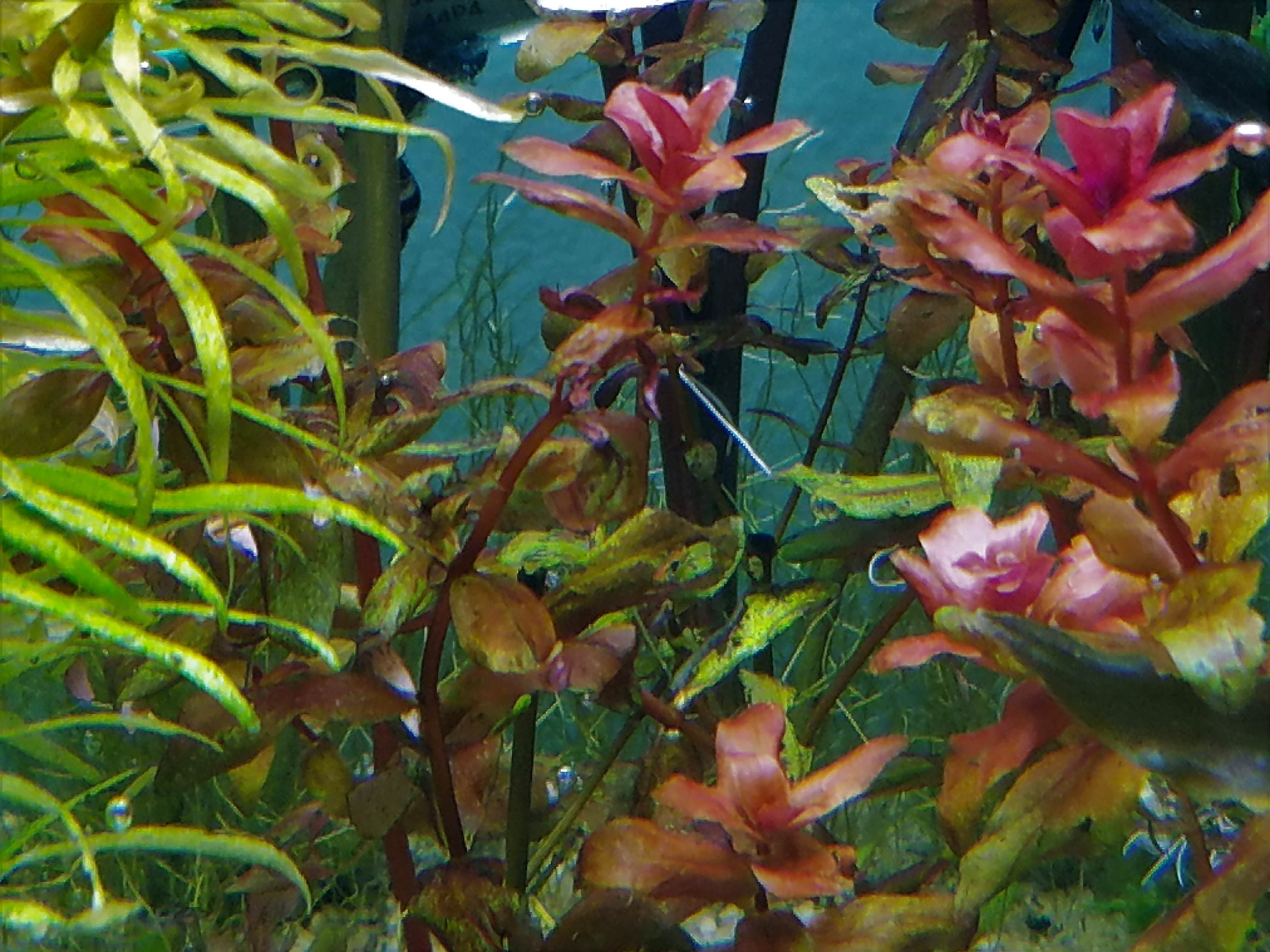 sorry for the crap photos I dont have my good cam. with me.

Back with a few pics-

The more I grow lobelia cardinalis, the more it grows on me. Lately ive been viewing the plant closely, and even though in high tech conditions its a slow-medium grower, its very pretty and very much worth the wait in time. Definitely not a plant for profit but its a plant for sight thats for sure.
As for my blyxa japonica, I have found that it is actually doing very well IN the dhg, I thought the dhg would take it over but turns out it looks Very appealing. It makes it look very much natural. Even though its not.
Rotala rotundfolia is still coming along from the last trim.
The DHG is growing like a weed.
All is well in the kingdom of plants.
p.s. last night I saw 3 shrimp out at once, how about that! Beautiful colorations on them.
So for the pantanal and rotala mac, some of the pantanal is doing great, some has stunted but is sending out side shoots- seems there is hope!
For the rotala mac, well- we will just have to wait n' see... 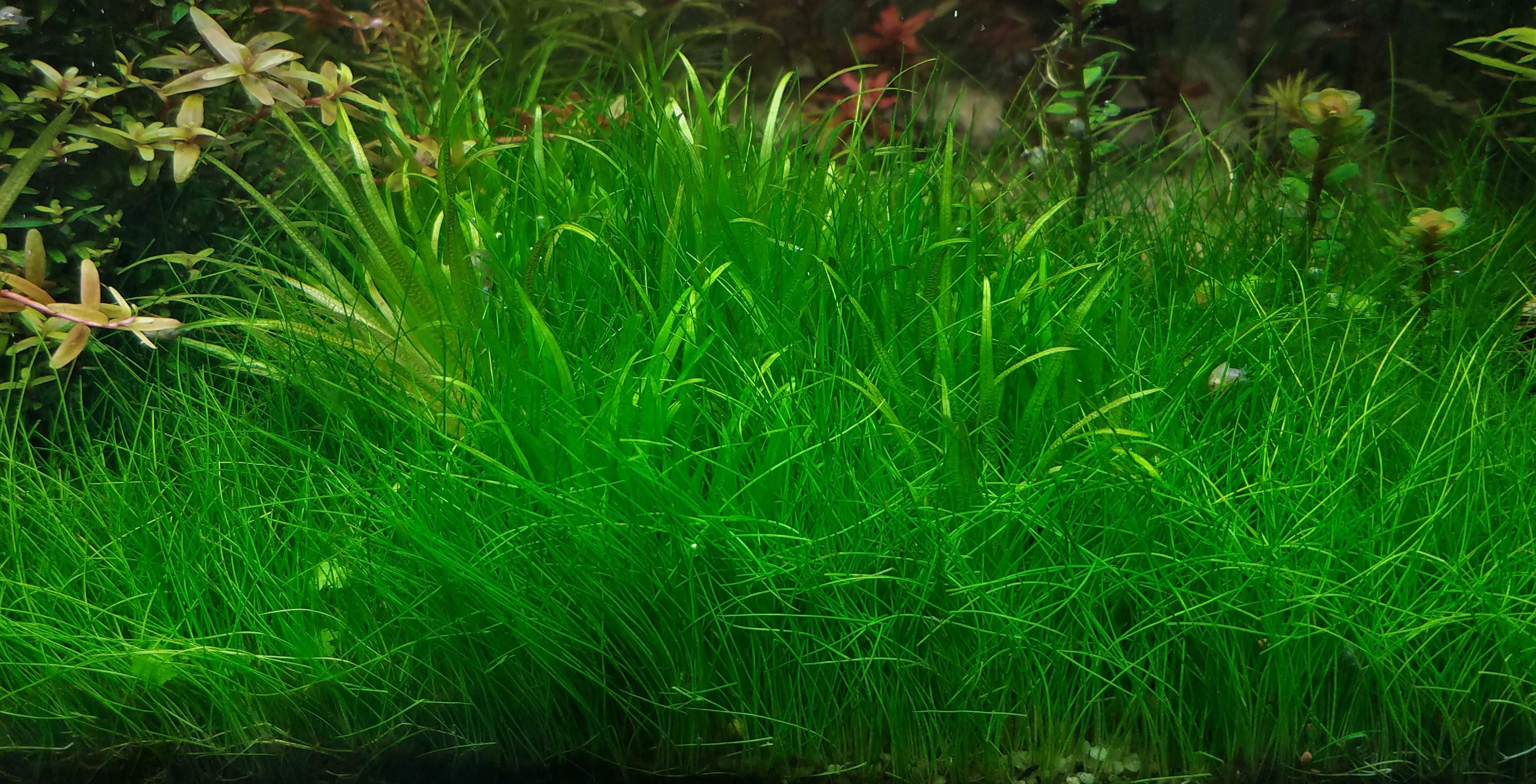 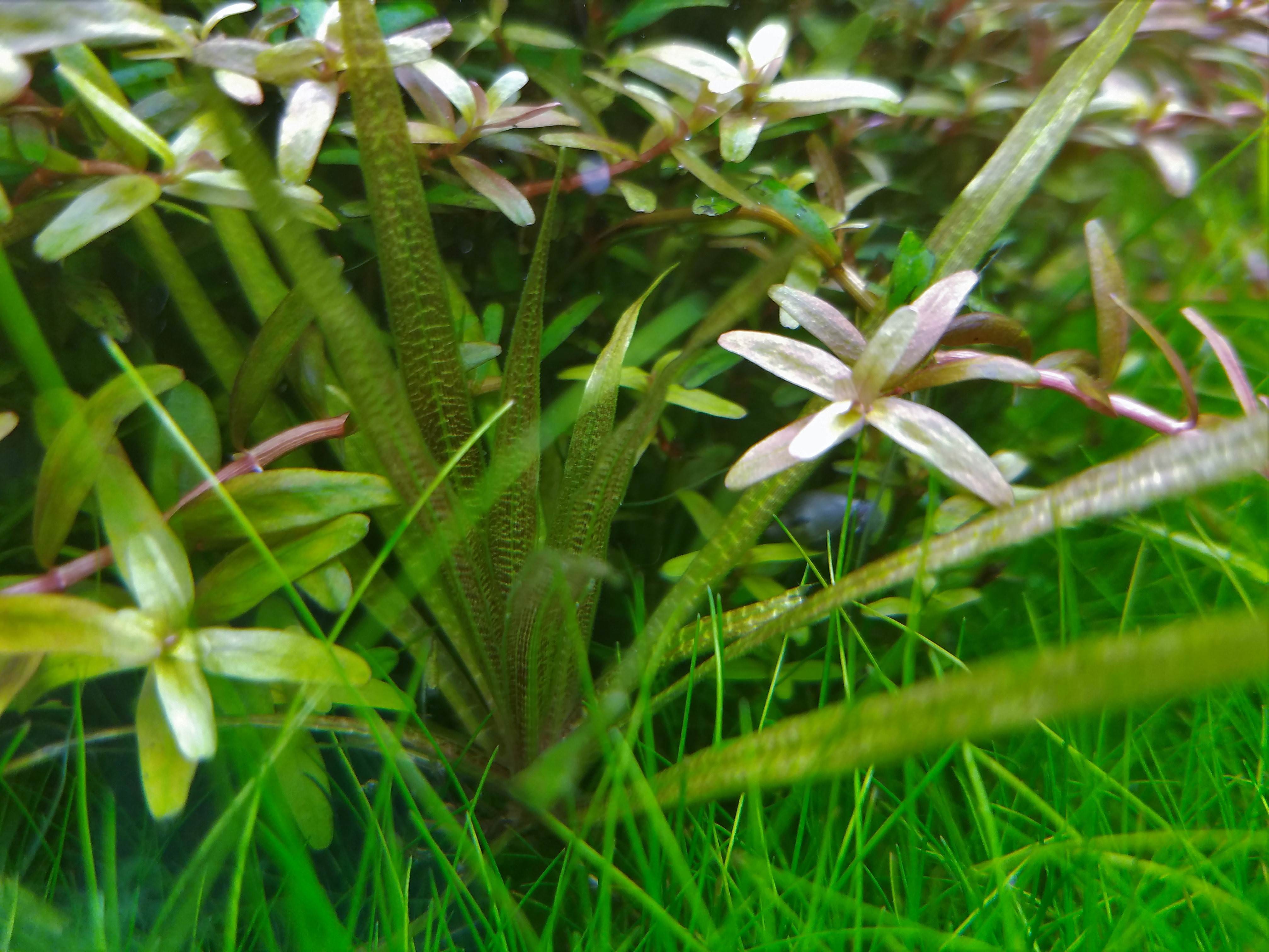 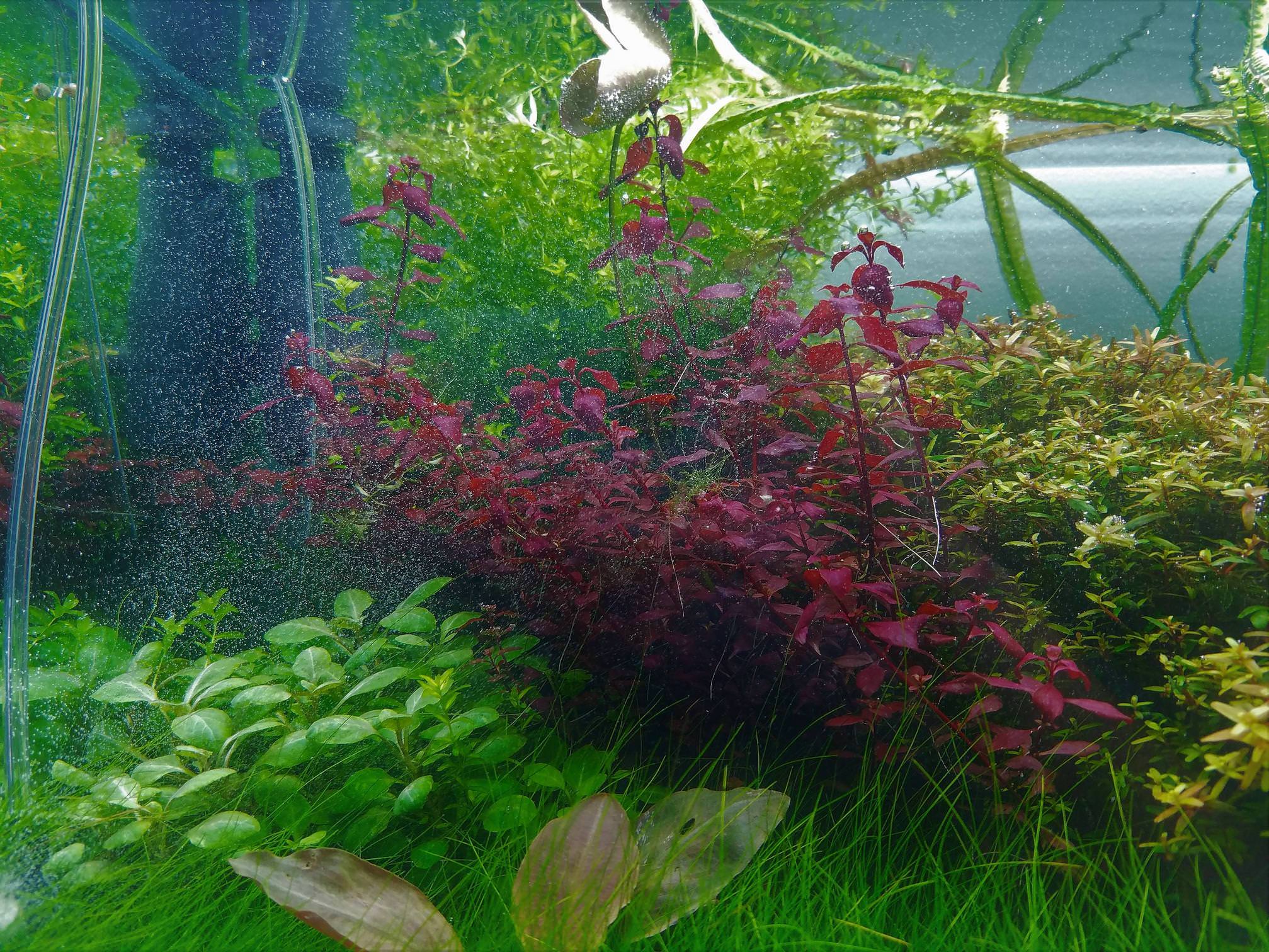 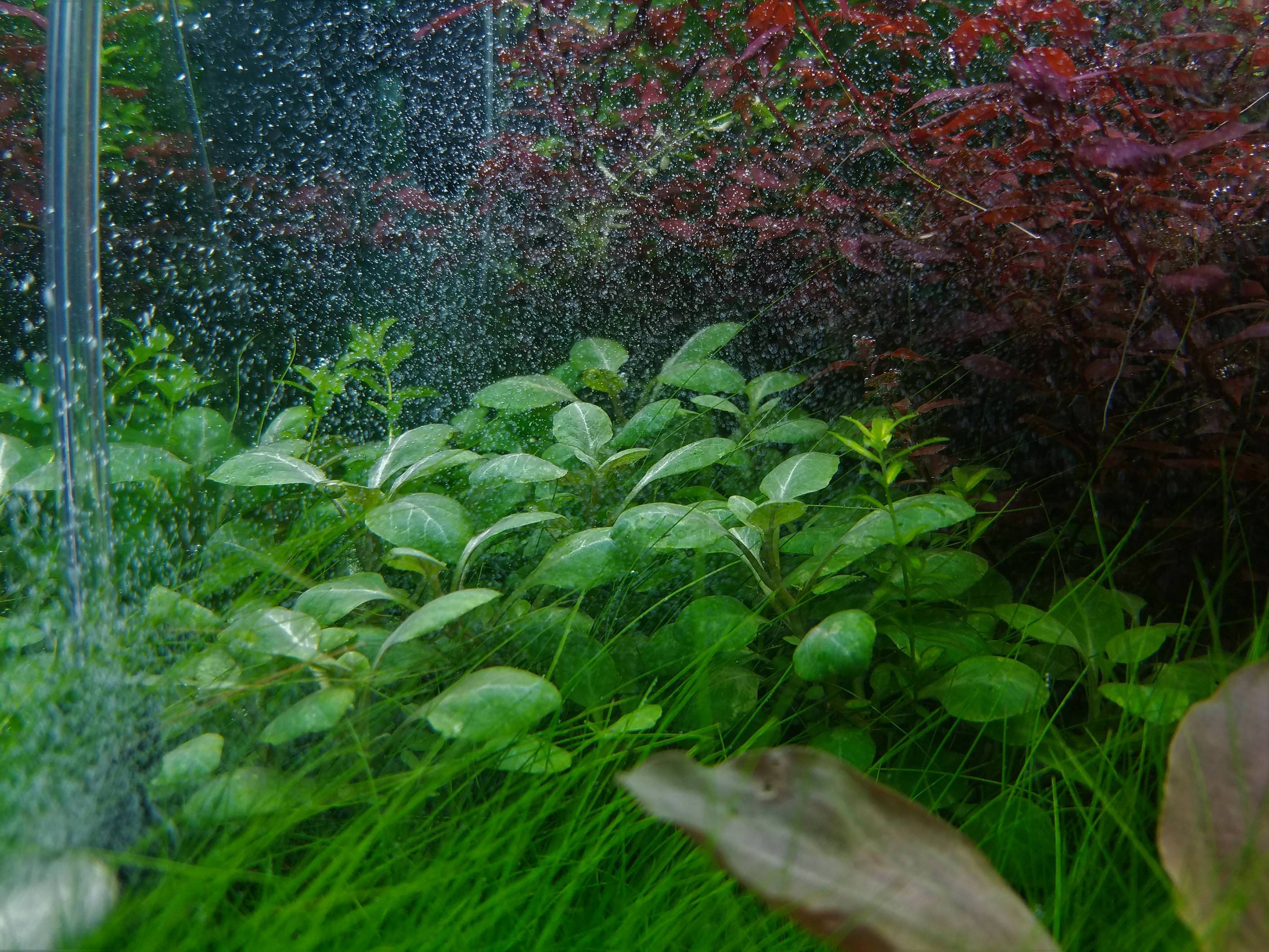 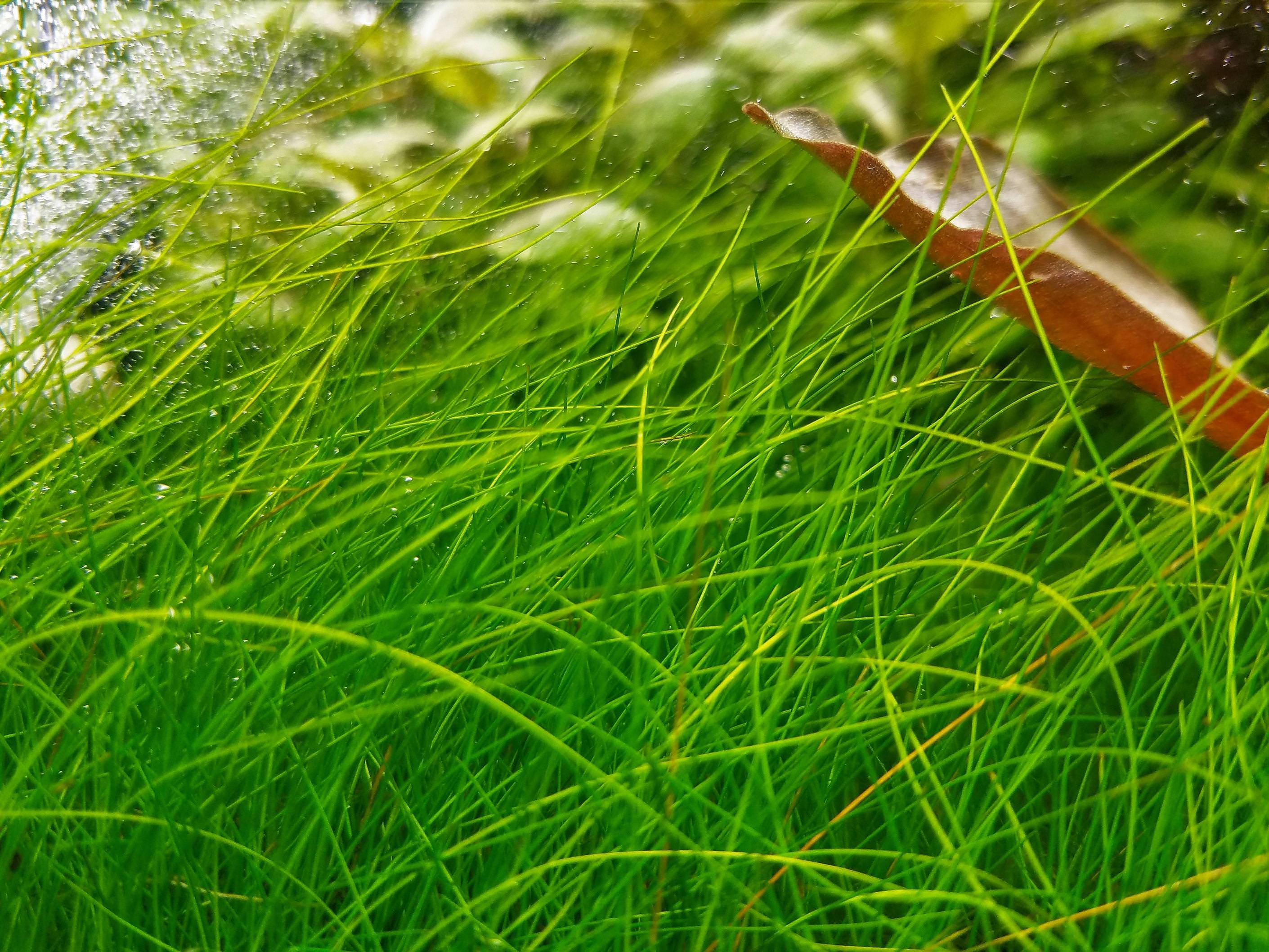 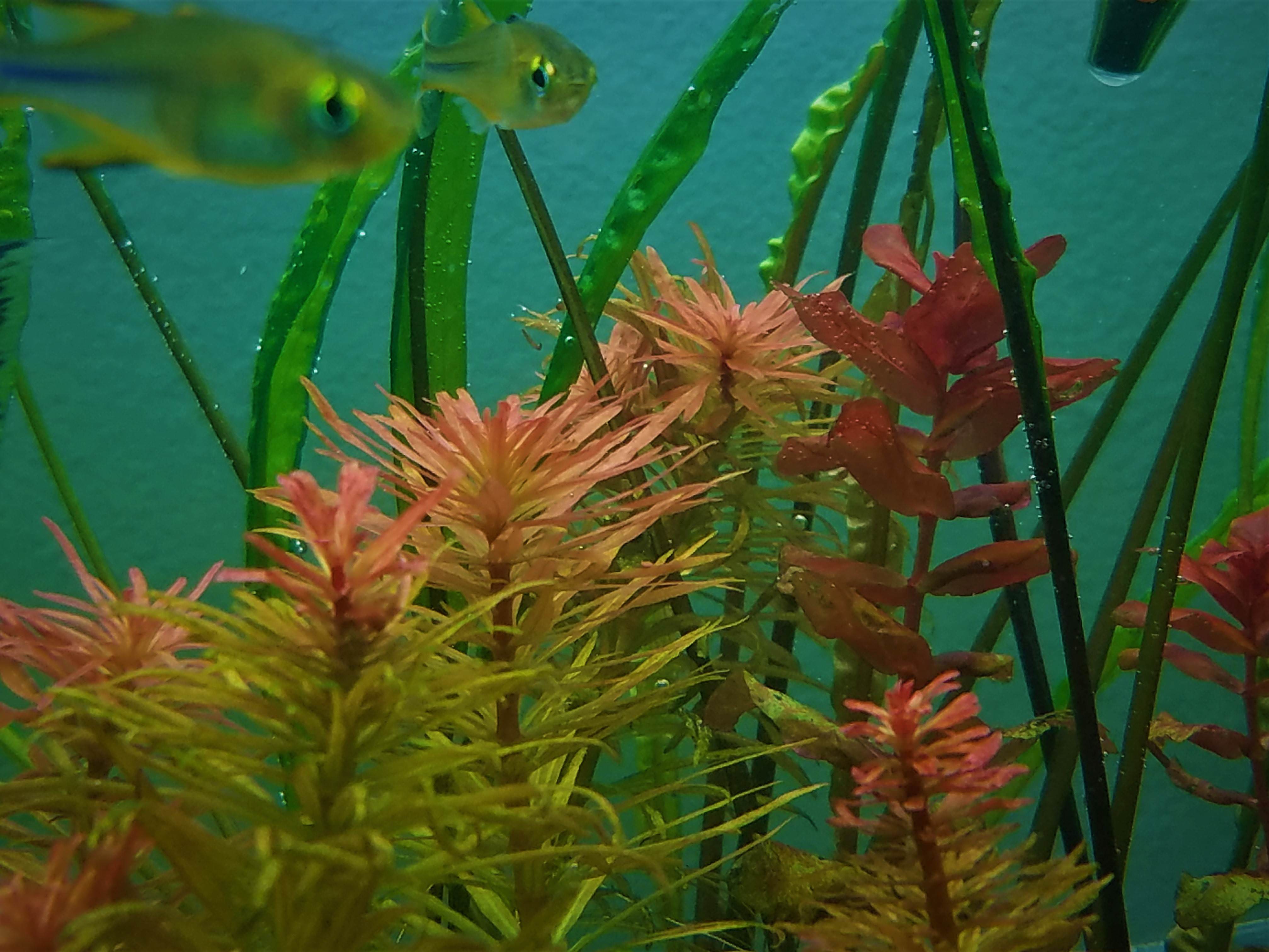 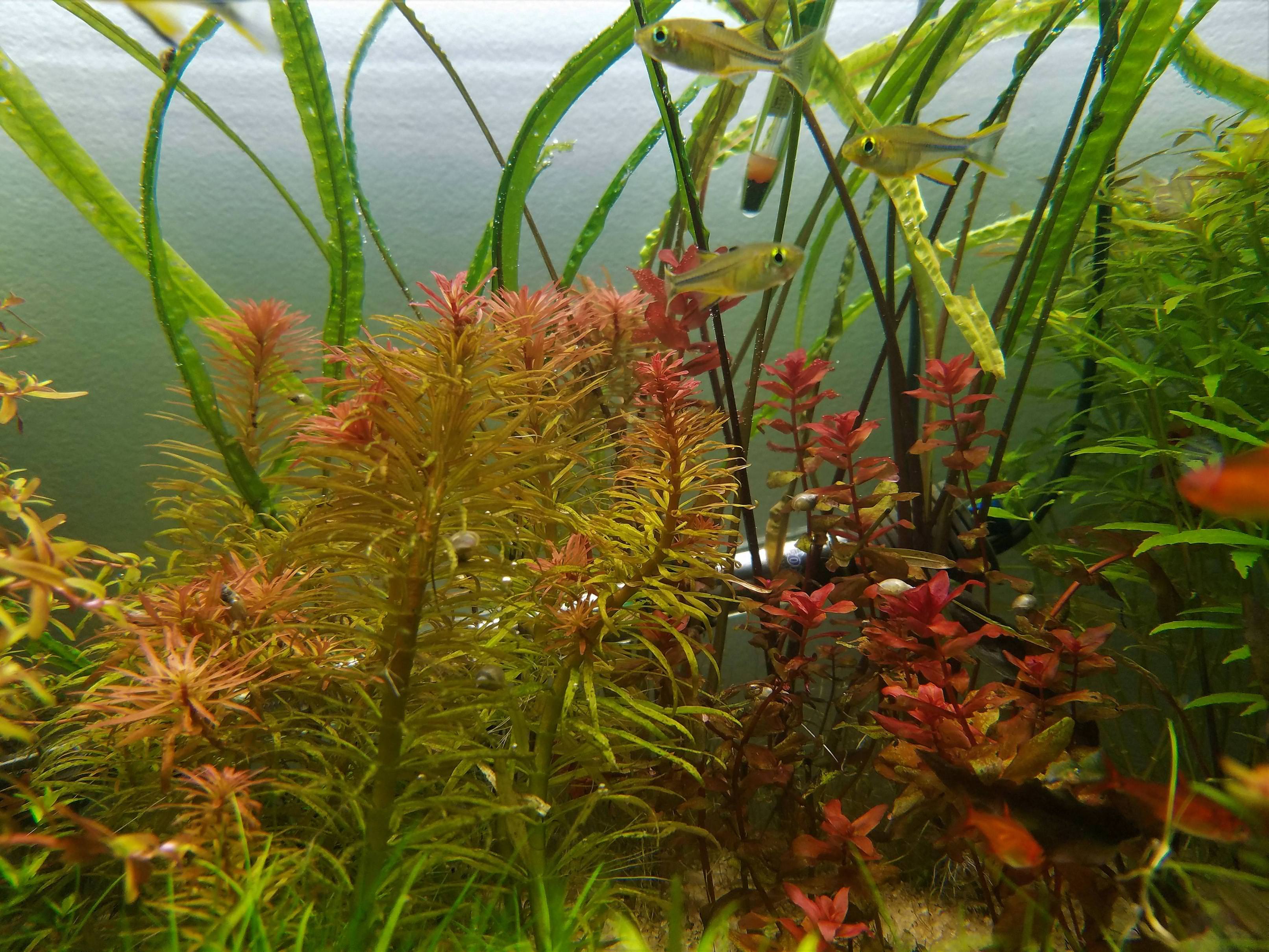 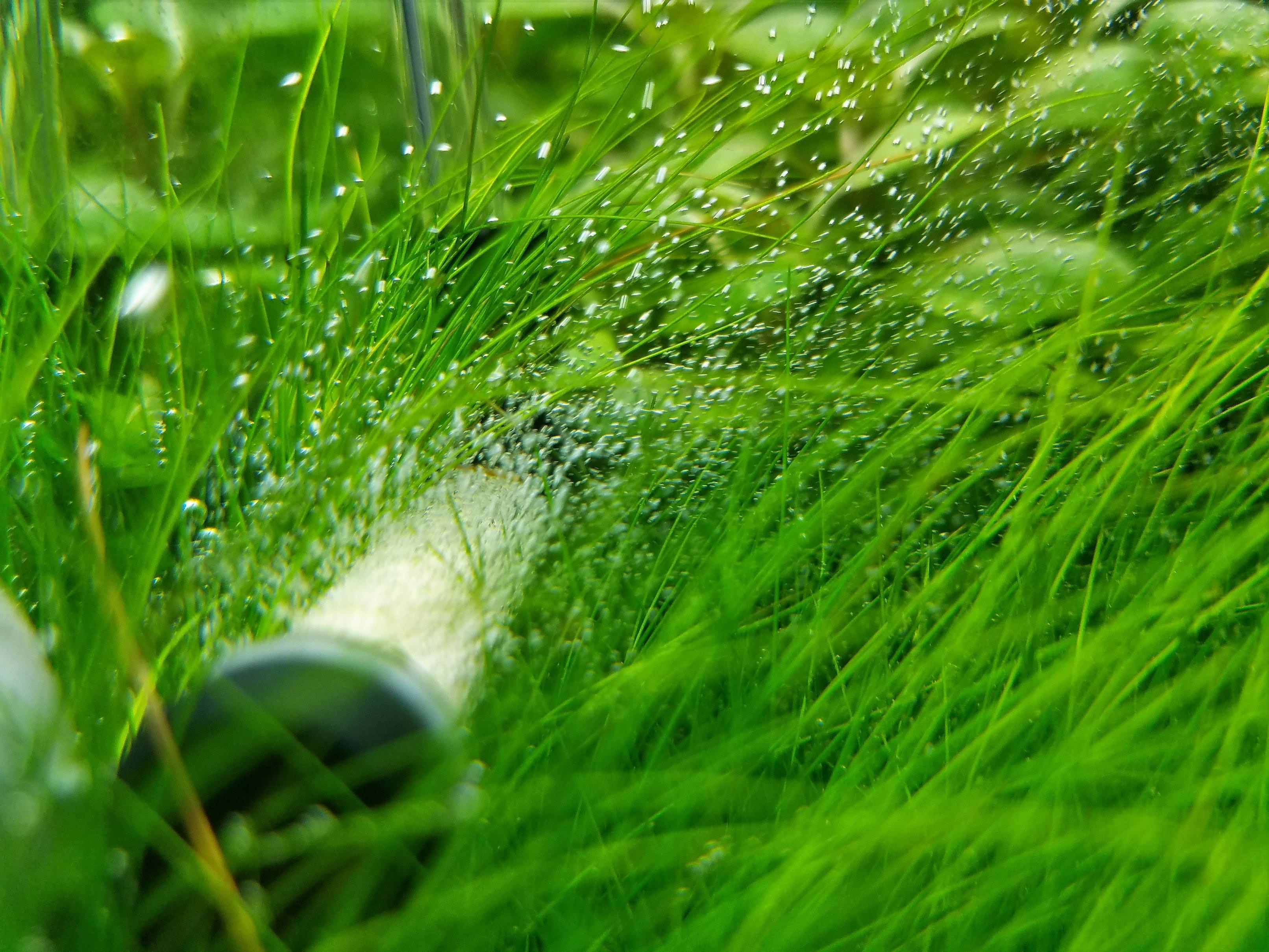 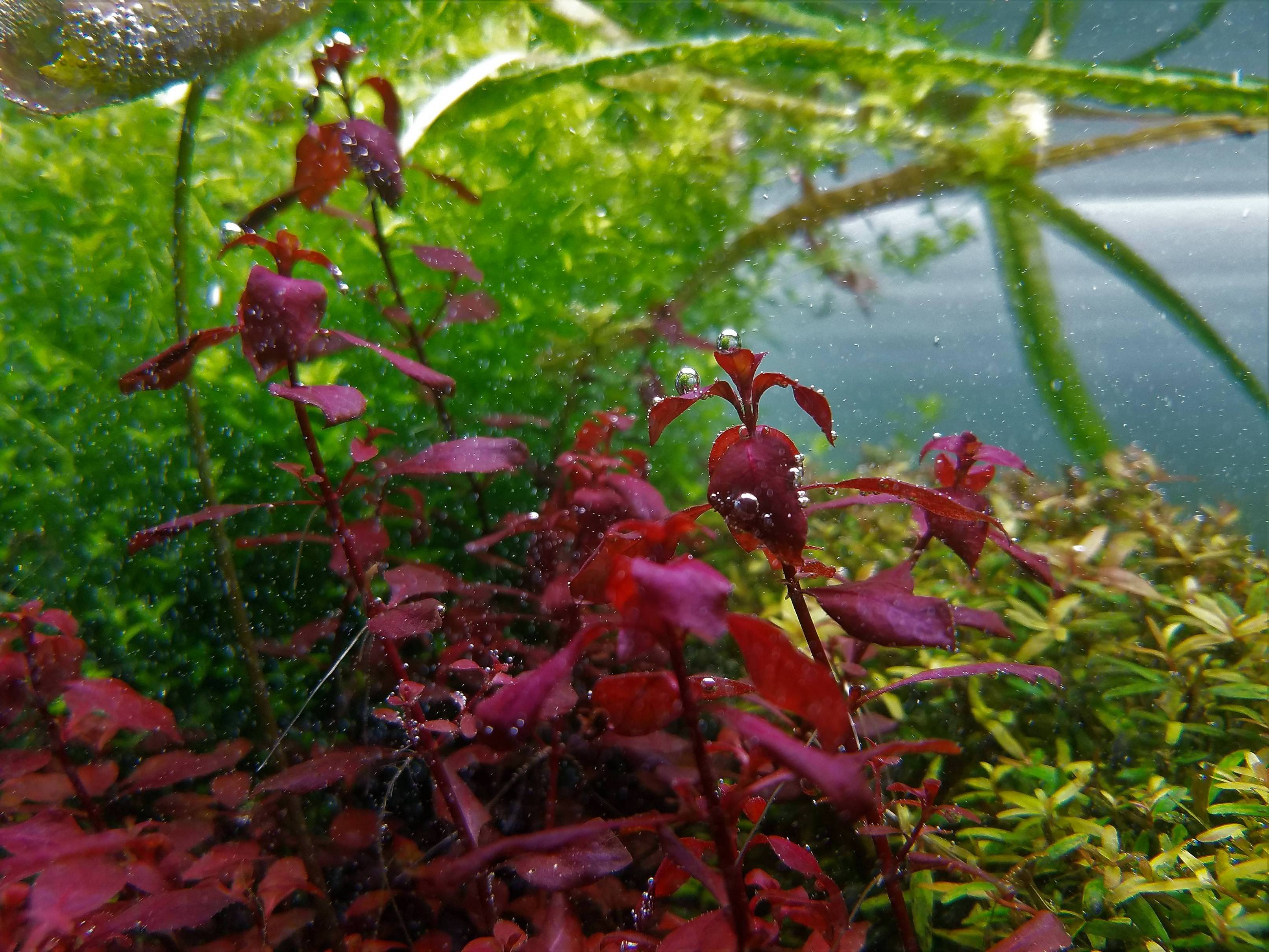 Leaving tmrw morning to move the tank up to the new house, gonna lower water to under 2" maybe 1" or so and keep the fish in like I did last time, hopefully nothing dies, I got shrimp and snails in there to, will place paper towels on it, etc. Or maybe just wrap the tank with Ceram wrap.
either way wish me luck. Gotta go up a flight of stairs to.
peace.
thanks,
Nate

Nice tank. Could you relocate the mollie? In my mind the size of it overpowers the rest of the scape. Just personal opinion

Edvet said:
Nice tank. Could you relocate the mollie? In my mind the size of it overpowers the rest of the scape. Just personal opinion
Click to expand...

Unfortunatly I wont due to the fact I have had her for a while, plus she munches on algae sometimes if there is any. And ty.

Im in hartwell now, moved the tank this morning.
Good and bad news...
When loading the tank we had to go down 4 stairs off a porch- and my grandpa (a fit 74 y/o) was holding the opposite end of the 250lb tank, and almost broke his back, injuring his arm falling down the stairs *because it was so heavy, even for me and im very fit* but im glad the tank received minor damage, instead of him breaking his back. He kind of suicide dropped it, meaning he didnt let go of the tank while falling so it landed on his fingers completely- which hurt to an extent im sure.
When we loaded the tank I kept around 3" of water in it. Fish in, etc.
Plastic wrapped the top

Got the tank to hartwell house unloaded everything but the tank itself, emptied more water, fish were half way Emersed, had to go up around 20 Steep wooden slick stairs which took roughly 45 minutes. 4 people had to help.
Plants received.... medium-bad injuries, the tank doesn't look the same on the Right side portion of it- its pretty messed up. A lot of stems broke, including the pantanal and rotala mac which suffered of course the most damage, next to that was the aromatica.
Some fish died, im not sure yet how many have survived. Using a temp light on the tank rn (led)

Im hoping I can fix this for sure... im sure I can and will but- it will take a while.
Not upset but I have had to start this tank over around 5 times now so it takes a big toll on me.

feel for ya matey, i'm sure you'll have it up and looking great in no time

SNEAK PEAK OF THE NEW SCAPE!!! HINT: LOOKS NOTHING ON THE RIGHT SIDE AND PART LEFT SIDE LIKE THIS NOW!!! 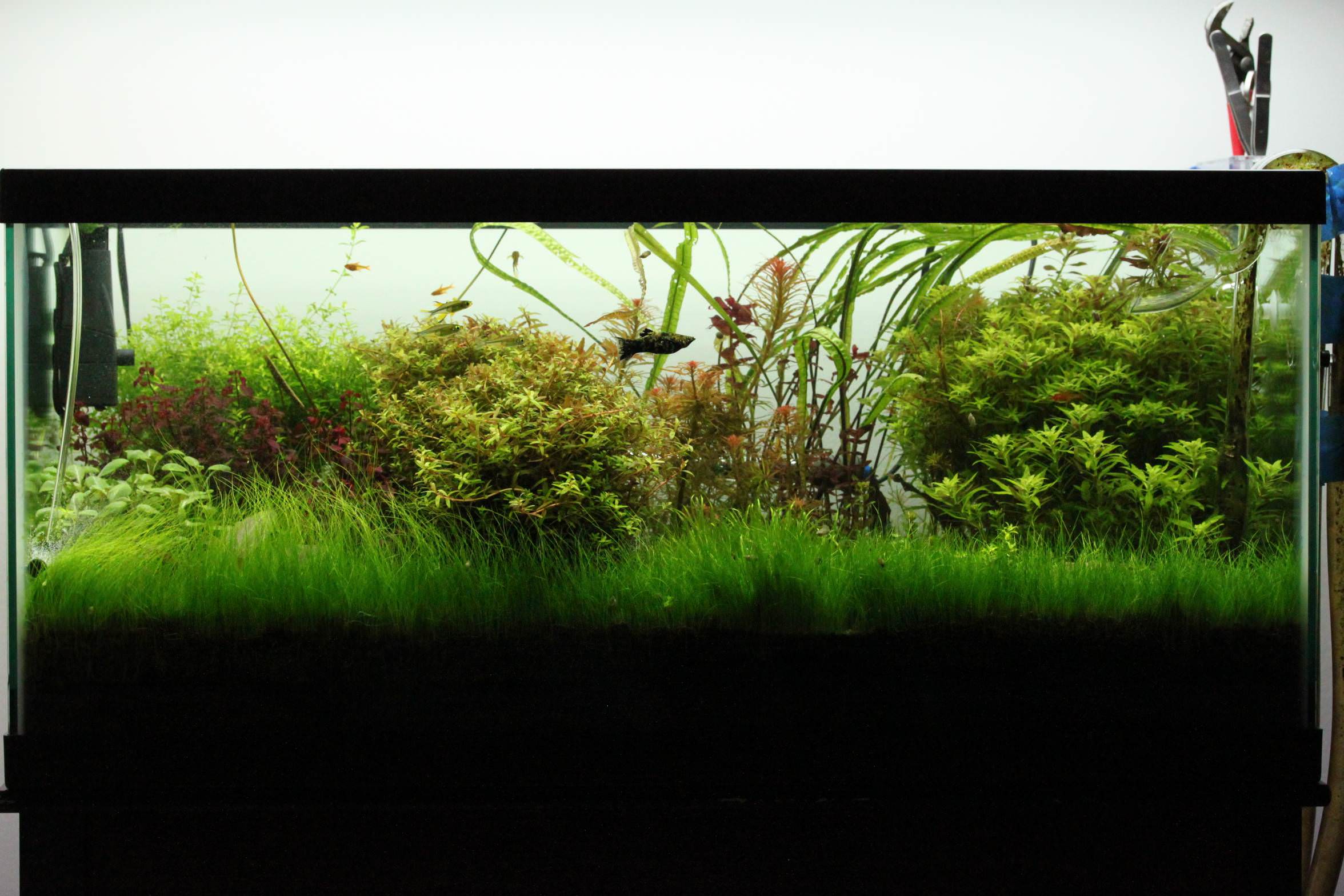 A lot of stuff.
Post more pics tmrw or day after- here are a few teasers. 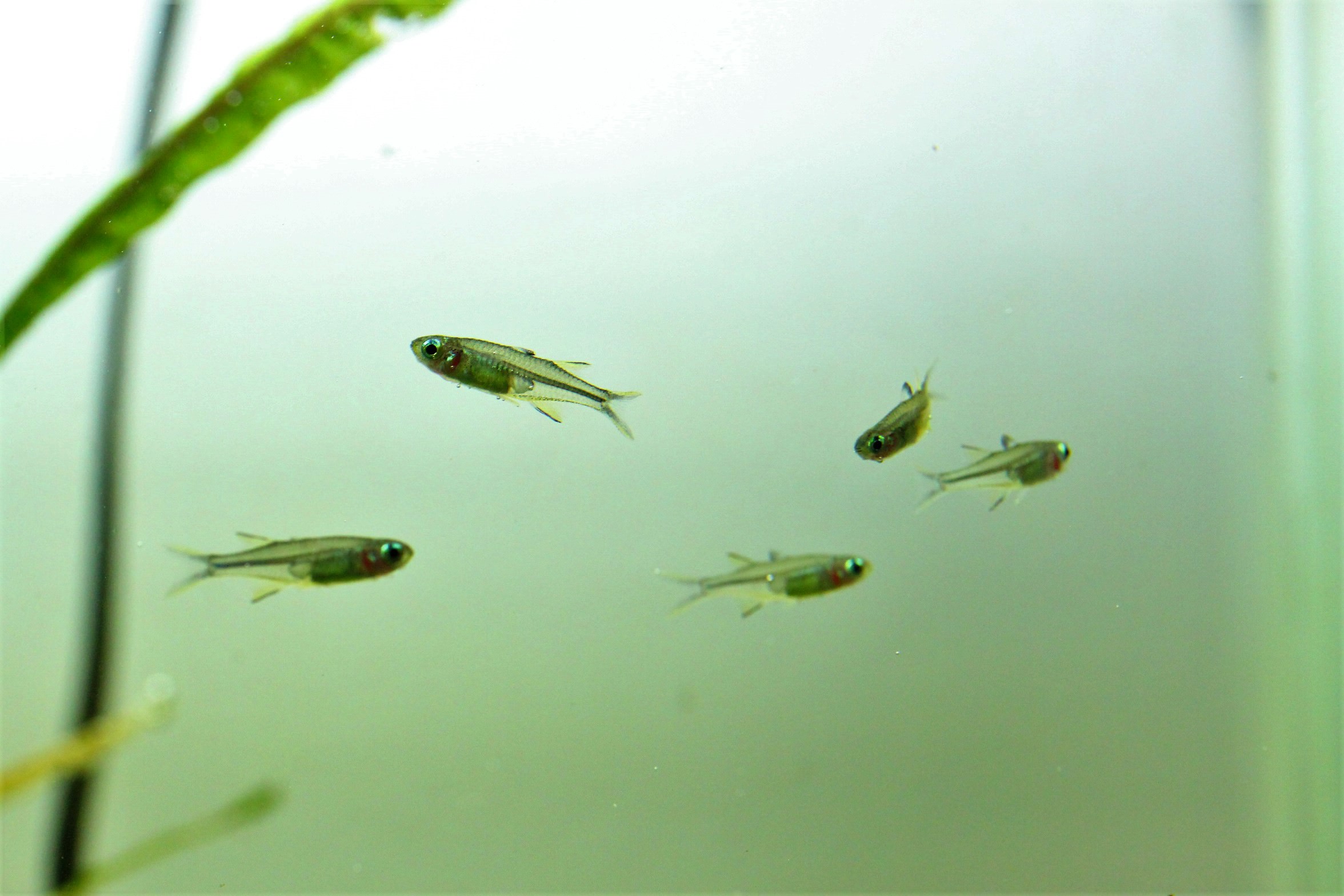 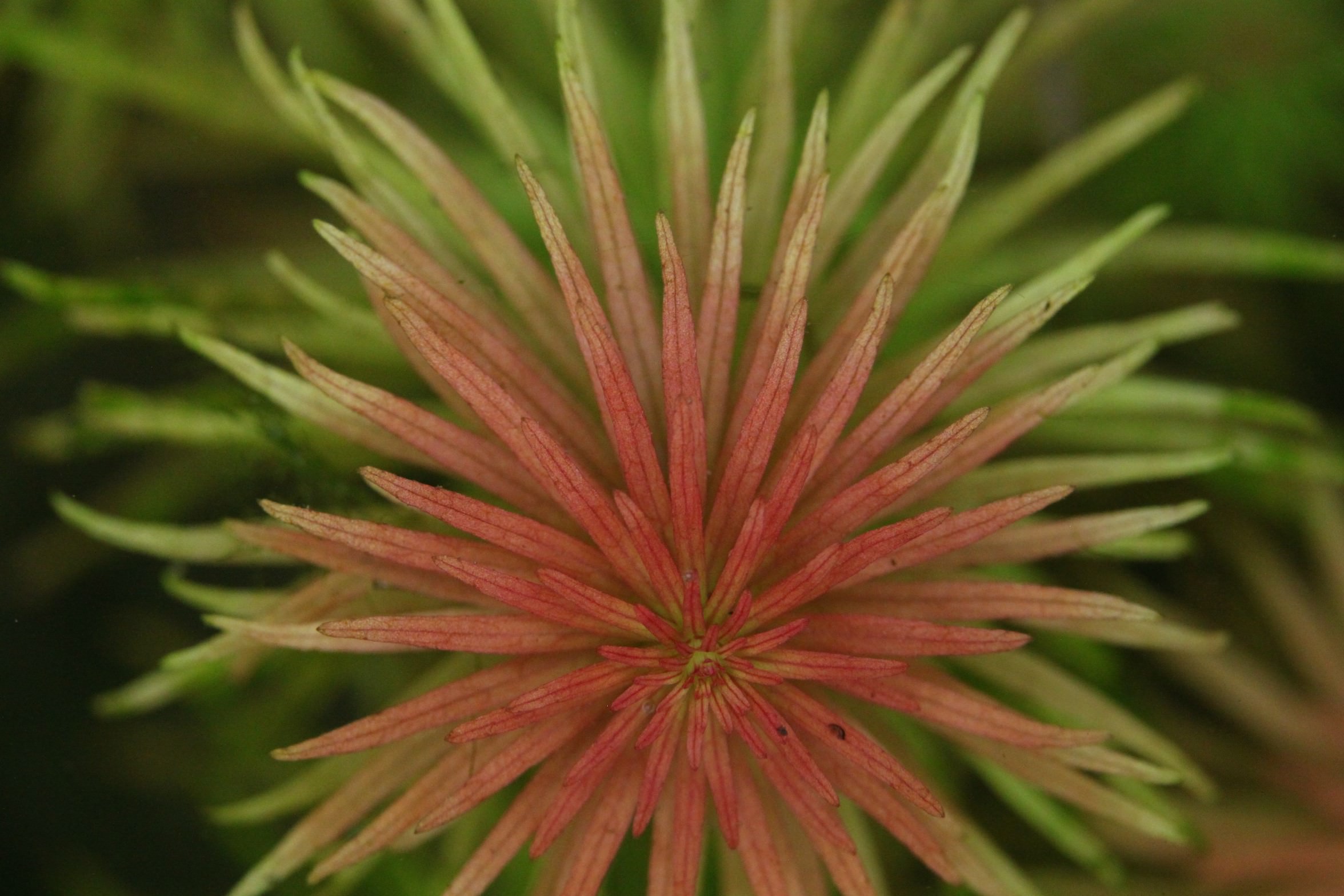 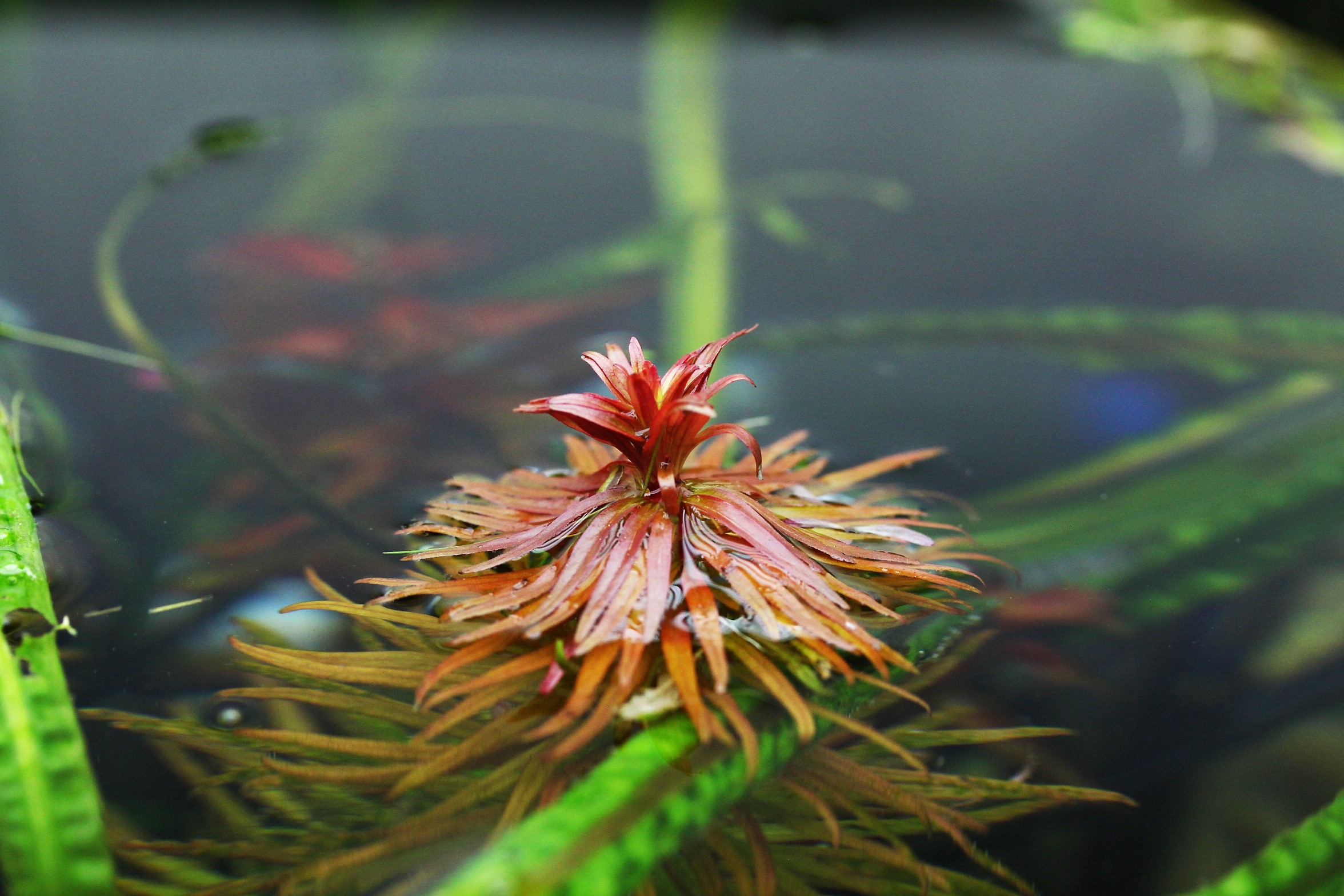 few pics:
heres a pic of (half) my room-
please dear God excuse the mess, moving is a hastle as we all know... 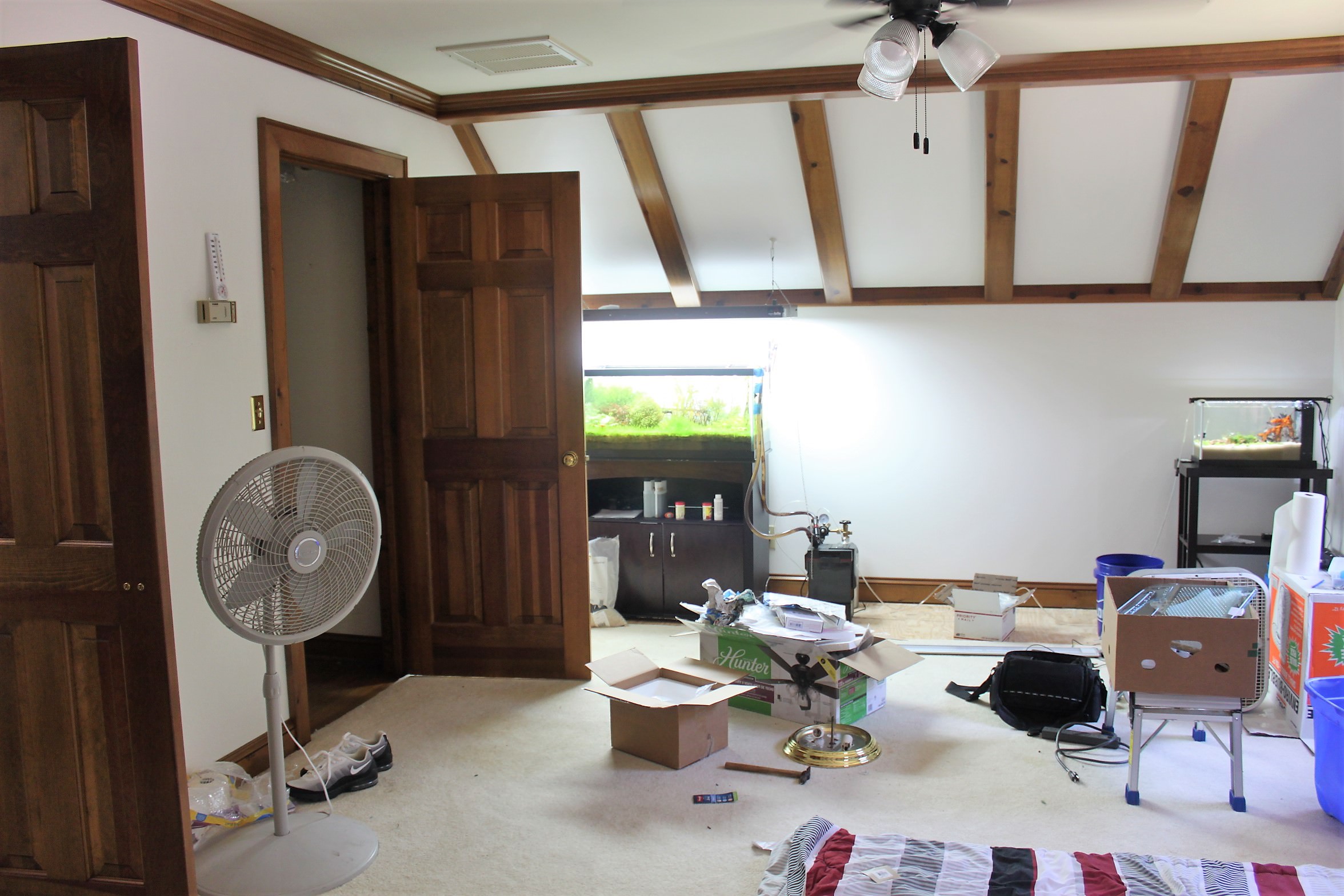 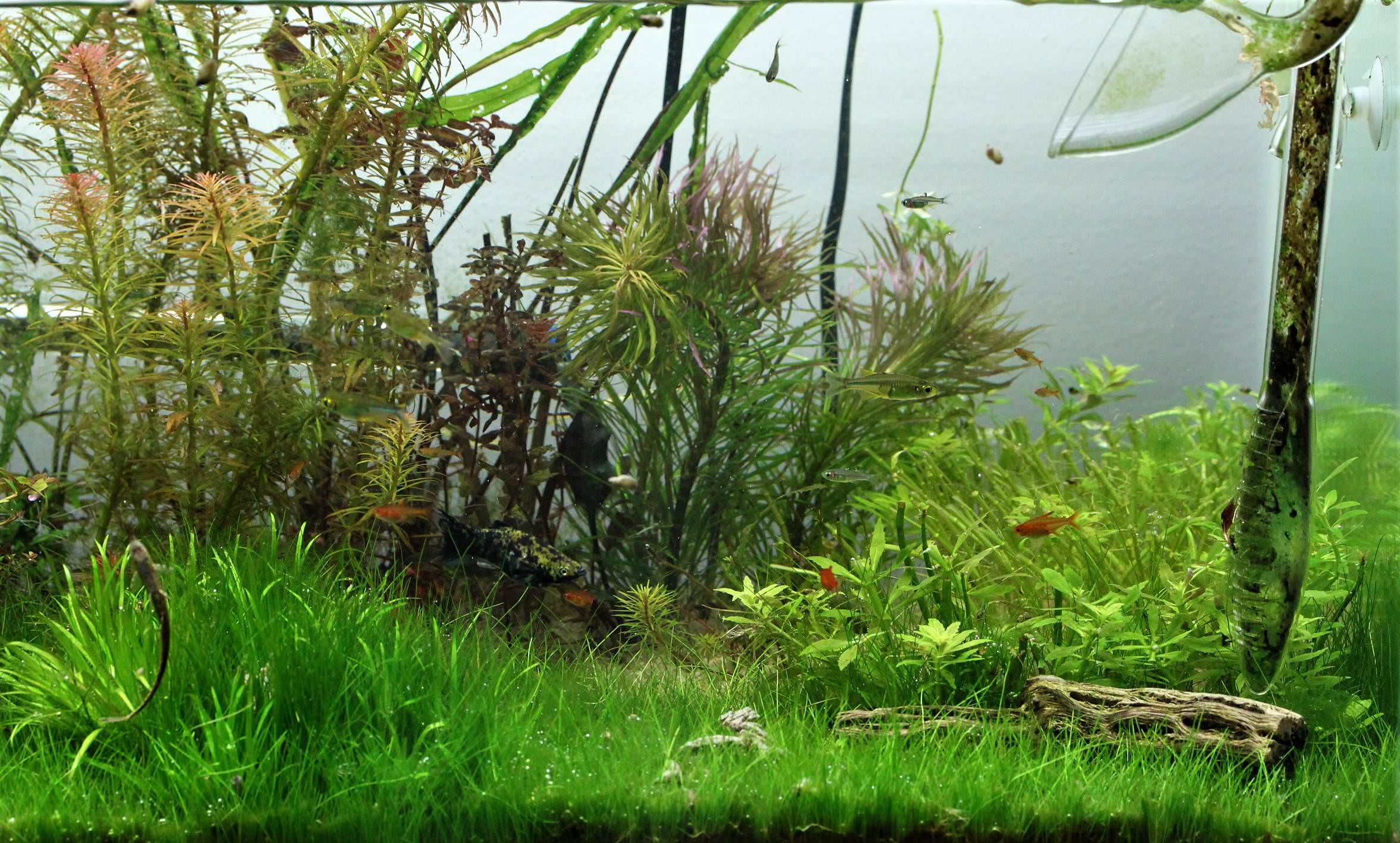 getting as loads of algae, gonna work on scaping more when everything is under control.
algae because im EI dosing now- was dosing enough for a 40g gonna cut that in half.

ill post pics tonight but rn I will say
the stellatus is indeed doing well- no side shoots as of yet but the pantanal on the other hand I have purposely growing above the surface so on that I have about 5 1/4" stems so far. Trying to propagate.

sorry guys I JUST NOW got home from work (I worked like 7-8 hours my A$$ OFF) so ill post pics tmrw, sorry just to tired and sore
A 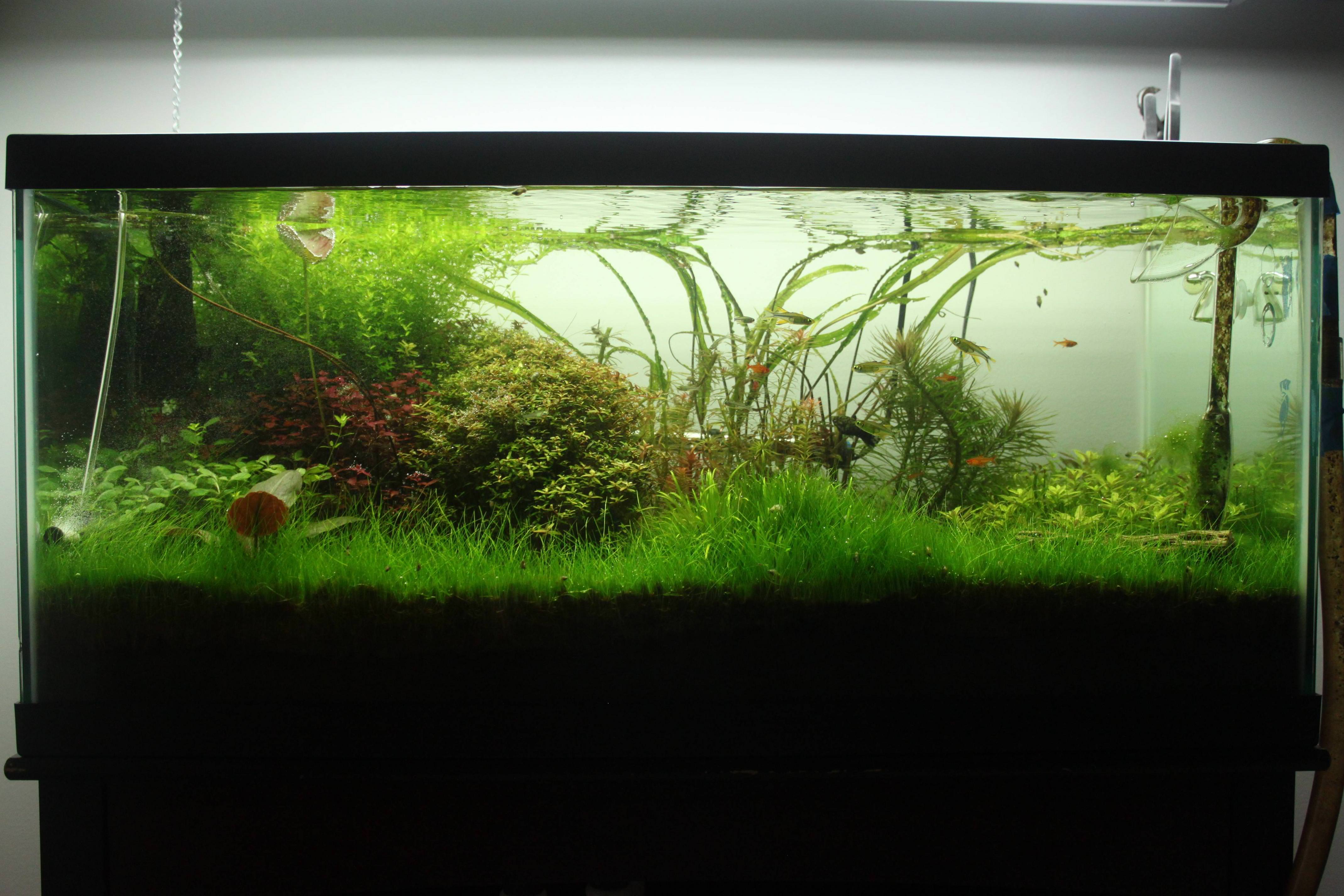